Posted on 5 February 2014 by jameseck

Tealmüt is a fair sized community of Livecaps. They are more near the surface than many Livecap communities, though they are the only community they know of. Their nearness to the surface exposes them to some threats from above and below, but they are mostly left in peace. Their upward going entrance, near the rostrum and the dwellings of their religious supporting staff, joins with tunnels leading to goblin caves and the surface near Val Kydnt and Dalifan in the region surrounding Mount Durn. Their downward passages lead into the depths where a drow city far to the South only rarely sends patrols. The caverns are mostly wild. 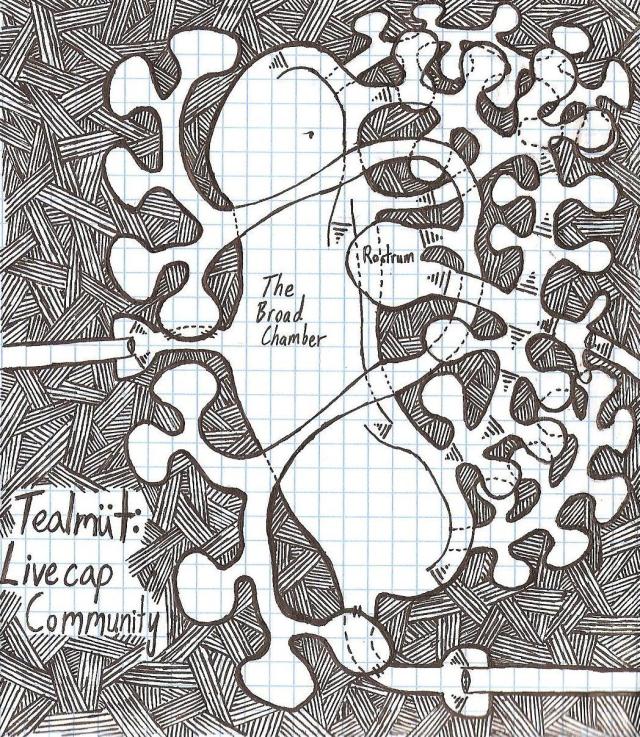 The Tealmüt Livecaps worship Xylank and the nearby Goblins and even the Drow avoid the tunnels surrounding their city due to the threat of disease. The Livecaps do not suffer from the diseases and find that Xylank‘s “curse” on their territory is really a blessing. 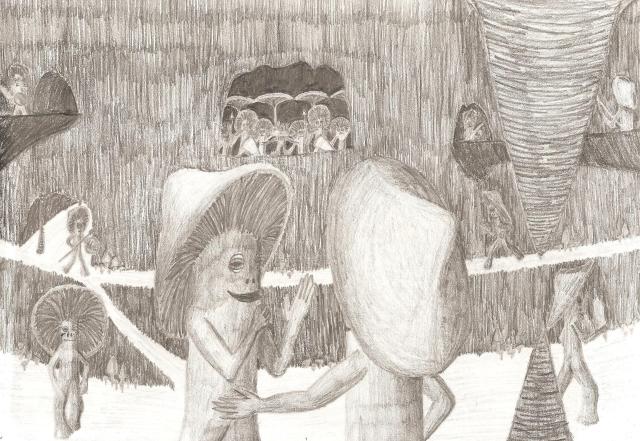