History of the Chattering Hall

At the time Reach was founded, a highly influential goblin necromancer named Xur Tarfist was beginning to build his forces. The cause to which he rallied the other goblins was to throw off the influence of the Empire of Wesarin. The lizardfolk did not consider him to be a threat, though some of the more cooperative goblins warned them of his movement and he tried many times to assassinate their diplomats.

The arrival of the Reach settlers changed his fortunes. When they arrived, Xur already had a couple hundred goblins at his disposal. His scouts confirmed that the lizardfolk were being pushed back by the new arrival and he leaped at the opportunity before him. 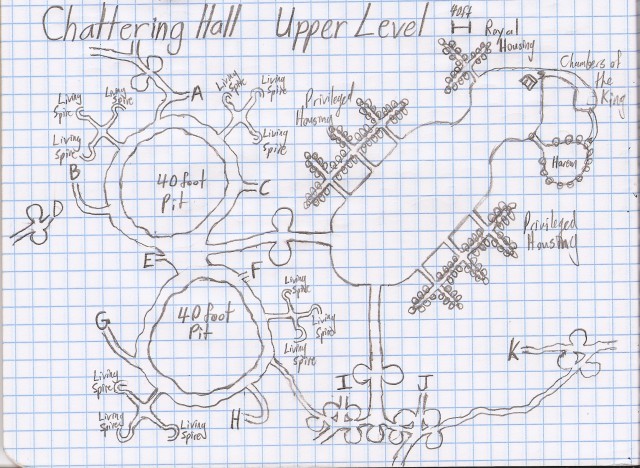 “King” Tarfist had already built a significant hold and throne room form himself and his followers. It did not take long to expand the lower levels to include an amphitheater and billets for visitors. These he built with superior architecture, intended to impress his visitors. He declared his hall the capital of the goblin packs. Soon goblin leaders from hundreds of packs in what the lizardfolk called the Hungry Mounts had gathered to hear him. Populations displaced by the Reach invaders relocated to the growing living spires in the Hall. With the refugees grateful to him, and with the lizardfolk losing more ground every day, Xur was able to maneuver the treacherous political landscape in goblin society and rally a coalition of goblins controlling over 100,000 soldiers. 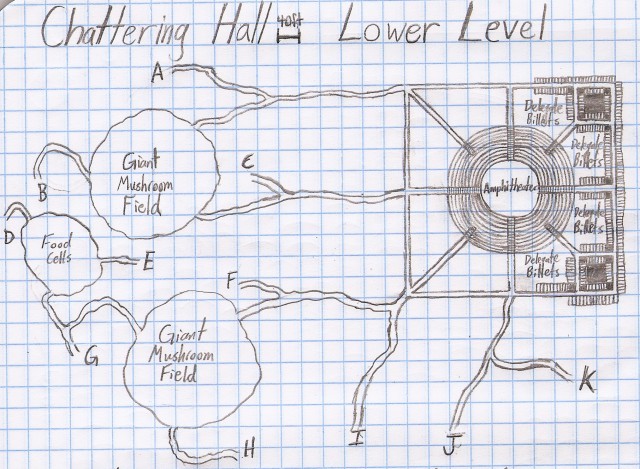 King Xur Tarfist led the attack with his undead as his army poured into lizardfolk territory. At first the lizards were routed, but he was stopped at the great inland fort the lizardfolk had built against just such an invasion.  Xur fought on through the winter, but with an undead host rivaling his own fighting on the side of the lizardfolk, it did not go well. Xur himself was slain by The Serpent’s Fang in personal combat and his goblins, what remained of them, fled back into the hills, filled with the terror of the carnage they had seen.

Xur’s hold, called by Alvar and Tinin the “Chattering Hall”, still stands. It has changed hands hundreds of times since Xur’s fall as aspiring goblin pack leaders take it from one another in an effort to make the symbolic site the seat of their rising empires. Invariably, they lack the goblins to defend it, especially when inviting rivals into their own halls as Xur had done.

At any given time, the Chattering Hall will have at the most around 100 goblins, including a mid-level leader.  They will have a fair number of magic-users, but most will be unskilled hunter/warriors. They will be spread pretty thin in order to defend both their food and the throne room.  The real challenge is approaching the hall with so many similarly sized packs near most of the entrances in the mounts.